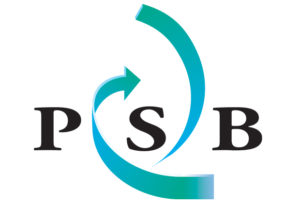 The Partnership for Structural Biology (PSB) was renewed for five more years this February, strengthening the position of EMBL and the other members of the Grenoble-based partnership as leaders in protein studies.

Bunyaviruses are a large family of viruses transmitted by insects and rodents that can cause serious conditions such as hemorrhagic fevers or encephalitis. Fighting these viruses efficiently requires detailed understanding of how they function. This is best achieved through collaborations that bring together researchers, facilities and methodologies from a variety of disciplines and backgrounds to focus on the problem.

The Partnership for Structural Biology (PSB) brings together researchers working at various institutes based at the European Photon and Neutron (EPN) science campus in Grenoble. Through the PSB, researchers based at EMBL, ILL, ESRF, and the Institut de Biologie structural (IBS) can collaborate with and access resources and expertise from all
institutes. The PSB agreement was renewed for five more years in February 2016.

Last year, an EMBL research team published the first detailed structure of the polymerase – the replication machinery – of the encephalitis-causing La Crosse bunyavirus (LACV), raising hopes for future tailor-made treatments. This unprecedented achievement was only possible because the group used data from a variety of structural biology technologies developed at different institutes within the PSB. The partnership has produced many other achievements in various areas of biology, including the discovery
of the structure of the proteins protecting the RNA of the measles virus, and the elucidation of the role of the surrounding water in triggering the function of soluble proteins.

Since 2002, the PSB has enabled researchers working on the EPN campus in Grenoble to break through barriers between disciplines. It has also facilitated access to the resources needed to ensure continuous technological developments for various platforms covering the full spectrum of protein studies: from protein expression to sample
characterisation and high-resolution structural studies. Each institution brings unique knowledge and technical capacities to the partnership, and benefits from equal and easy access to all the platforms. The result is an innovative and dynamic environment that speeds up research projects and fosters new ideas and opportunities.

Each institution brings unique knowledge and technical capacities to the partnership, and benefits from equal and easy access to all the platforms.

The polymerase of the LACV, for example, was produced and crystallised at EMBL, but the data necessary to elucidate its structure came from X-ray crystallography analysis done at ESRF, and cryo-electron microscopy observation carried out at the IBS. This combination of data allowed the scientists to identify how the protein is folded and how the genetic material from the virus interacts with it. Scientists focusing on other studies also have access to the unique data from the neutron beam facility run by the ILL.

“Benefitting from so many technological platforms, in such an integrated way and on the same site, is a unique combination in Europe,” explains Stephen Cusack, the Head of EMBL’s Grenoble campus. “The partnership speeds up research projects and evolves new collaborations, and I expect its renewal will ensure scientists on the site and external visitors will be even more creative and efficient.”

This article was originally published on EMBL News