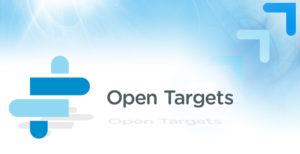 Hinxton, Cambridge, United Kingdom, 19 April 2016 – Following the successful launch of its Target Validation platform at the end of 2015, the Centre for Therapeutic Target Validation has released its first open experimental datasets. Now renamed Open Targets, the pioneering public–private initiative remains committed to speeding up the discovery of new medicines.

Open Targets projects use genome-scale experiments and analysis to provide evidence on the biological validity of therapeutic targets – and to glean insights into the likely effectiveness of pharmacological intervention on these targets. The collaboration’s initial experimental projects focus on oncology, respiratory and immuno-inflammatory diseases. Demonstrating its commitment to sharing its data openly with the scientific community, Open Targets today released the first datasets from its melanoma sequencing and cell-line epigenomes projects.

The second release of the Target Validation platform also offers programmatic access to a vast, diverse, integrated range of freely available data – connected via 8000disease terms and over 24,000 genes. Users can now browse the platform through a web interface designed by user-experience experts, or gather many relevant datasets at once using the new Target Validation application-programming interface (API). This makes it easier for researchers in companies and academic settings to integrate their own data with public datasets, and work on them locally.

Open Targets aims to provide an R&D framework that applies to all aspects of human disease, and to share its data openly with the scientific community. It is a shared initiative between the European Bioinformatics Institute (EMBL-EBI), a global leader in the management, integration and analysis of public domain life science data; GSK, a leading, global pharmaceutical company; Biogen, one of the world’s oldest independent biotechnology companies; and the Wellcome Trust Sanger Institute, a world-leading genomics institution with expertise in human genetics, cancer and infectious disease. www.opentargets.org

For information about how your company might interact with Open Targets, e-mail the scientific coordinators at contact@targetvalidation.org.

To learn more about the Open Targets, or to arrange an interview with one of the scientists, please email press officers at Biogen, EMBL-EBI, GSK and the Wellcome Trust Sanger Institute using press@targetvalidation.org.